“WasteShark” Takes a Big Bite Out of Pollution in Our Seas 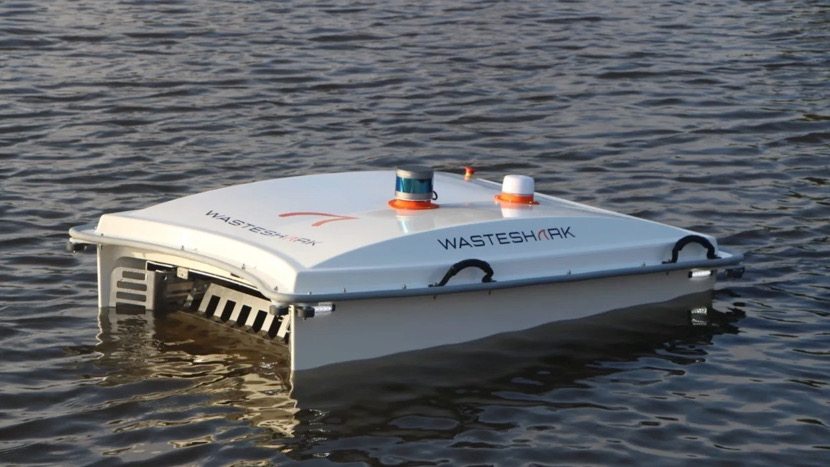 Such pollution takes a big toll on the environment. It endangers marine habitats and wildlife. Pollution makes the waters we depend on for our food and livelihoods dirty. 11 million metric tons of plastic flows into oceans each year.

RanMarine's Richard Hardiman calls the machine a "Roomba for water." He got the idea while watching two people on a boat fishing garbage out of the waters off Port of Cape Town, South Africa. “Surely, there has to be a better way,” he recalls thinking. "I kept wondering how I could do the job more efficiently. The idea wouldn’t go away.”

Then he got to work creating the device in his garage. He started with plumbing pipes. A smartphone worked as a remote.

Today, the environmentally friendly device sells for $23,600. It has zero greenhouse emissions. The machine vacuums pollutants from rivers, lakes, harbors, and other waterways before it spills into oceans. About 70% of RanMarine’s customers are governments all over the world. Some big companies have also bought the drones.

Once the WasteShark is filled with trash, it is emptied. Much of what it picks up is then recycled.

And its appetite for debris means cleaner waters for us all.

Question
Which of the following facts does not highlight the environmentally-friendly features of the WaterShark? (Common Core RI.5.3; RI.6.3)
a. It removes a half ton of plastics and other litter during a single, 7 ½-mile, eight-hour swim.
b. It costs $23,600.
c. It has zero greenhouse emissions.
d. Much of the debris collected is recycled.
For more formative assessments, visit thejuicelearning.com to start a free trial.