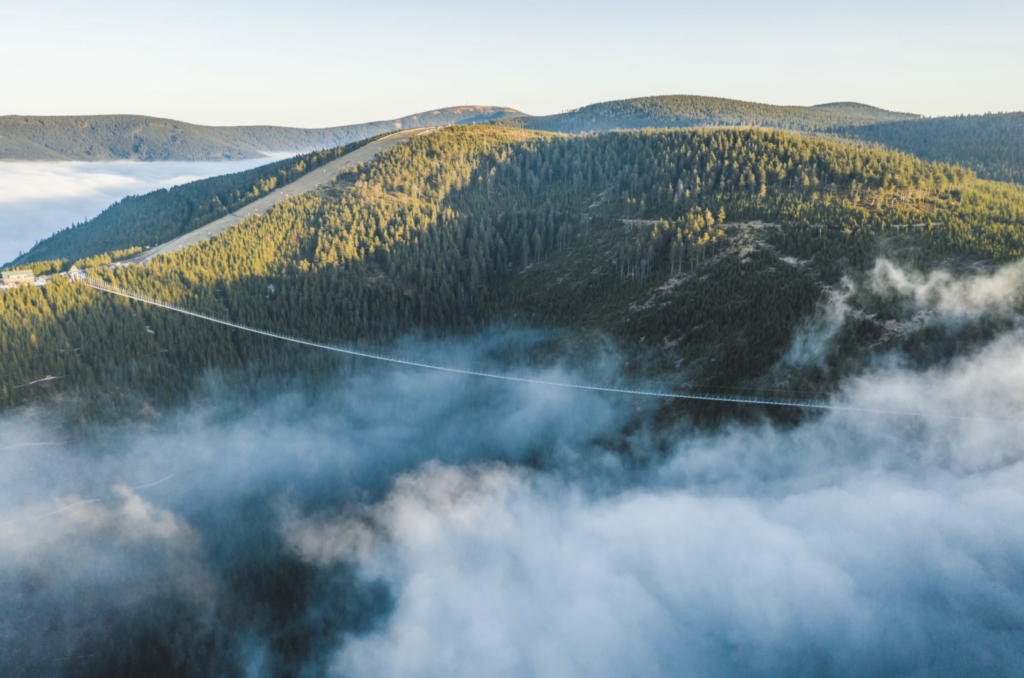 Would you walk across a swinging footbridge? What if it spans about a half-mile and rises at least 25 stories above the ground?

Such a bridge exists. It’s the longest in the world, according to the engineers who built it. The bridge straddles two mountain ridges at the Dolní Morava resort in East Bohemia in the Czech Republic. “Sky Bridge 721” stretches .45 miles long and soars 312 feet above a valley in the country’s northeast. It's near the Polish border. The “721” stands for the bridge’s length in meters.

The bridge took two years to build. It officially opened in May. The bridge is not yet posted on the Guinness World Records website as the world’s longest. But its reported length is about a tenth of a mile more than the current listed record-holder. That’s the 1,870-foot Baglung Parbat Footbridge in Nepal.

It’ll stay open for as many as 500 visitors at a time as long as the wind speed doesn't reach 84 mph. That's hurricane force strength.

Critics say the bridge is way too big and invasive and will flood Dolní Morava with tourists.

Question
Based on numbers that appear in the story, how much longer is “Sky Bridge 721” than the Baglung Parbat Footbridge in Nepal? (Common Core RI.5.1; RI.6.1)
a. a tenth of a mile
b. 721 meters
c. less than half a mile
d. 1,870 feet
For more formative assessments, visit thejuicelearning.com to start a free trial.