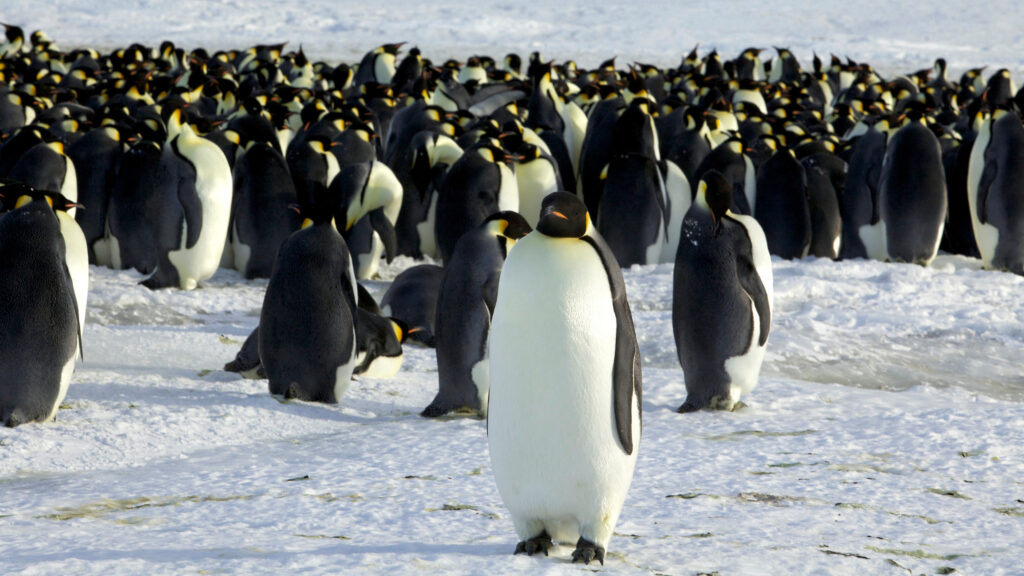 Why can’t penguins fly? It’s not because they’re too short to be pilots, as the joke says. No, it’s because they evolved.

A new study on penguins is filling in the gaps of how much we know about these hardy and cute creatures. More than 60 million years ago they flew like other birds. Now, they are threatened by climate change.

The study found that the evolutionary history of these birds is tied to historic climate change. The birds survive some of the harshest conditions on Earth. Millions of years ago, they migrated around the world. The birds spread more as temperatures cooled. They lived across the Southern Hemisphere and parts of the North. That created more diversity in their gene pool. So, the birds adapted to live in different climates. Some penguins live in the extreme cold. Others live where it's warm.

“These iconic birds have evolved to become highly specialized marine predators … adapted to some of the most extreme environments on Earth,” the study’s authors wrote. The scientists explained that their history, though, shows how vulnerable the birds are now.

Question
Which idea is highlighted throughout the article? (Common Core RI.5.3; RI.6.3)
a. a comparison of penguins to birds that can fly
b. a breakdown of how the study was conducted
c. the connection between climate change and the evolution of penguins
d. the penguin’s ability to adapt to various climates
For more formative assessments, visit thejuicelearning.com to start a free trial.