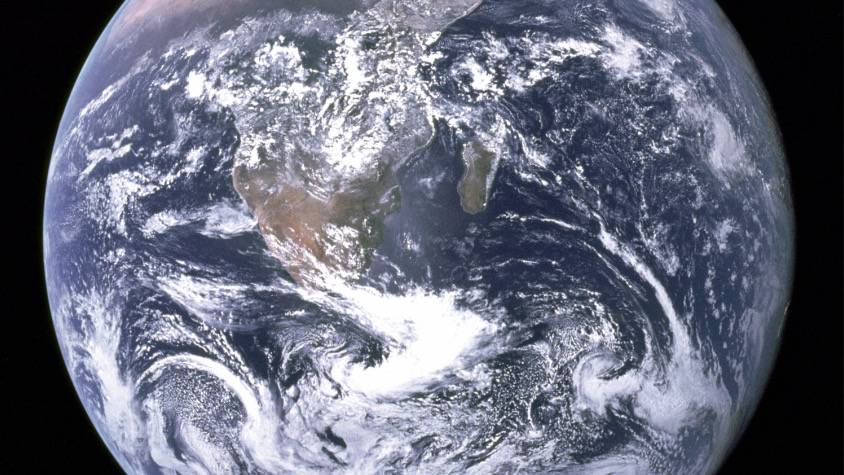 Thought Question: What is one small change you can make today to live a more sustainable lifestyle?

The Earth on Thursday broke a record no one can be proud of. Humankind effectively used up all the planet’s resources that nature can make in a year. This is the earliest that's ever happened.

July 28 was Earth Overshoot Day, a shifting date created by a UK think tank. It recognizes the moment when humanity, in effect, has to take a loan against the future. We, in effect, ate all the groceries before the next paycheck.

"The Earth has a lot of stock, so we can deplete Earth for some time but we cannot overuse it forever. It's like with money; we can spend more than we earn for some time until we're broke,” the president of the Global Footprint Network (GFN) told France 24.

It would take 1.75 Earths to sustainably provide for the world at our current consumption rate, scientists say. We passed the tipping point in the early 1970s. The date has come earlier every year.

In 1987, Overshoot Day occurred on October 27. In the past 35 years, it's moved earlier in all but a dozen years. In 2020, the first year of the COVID-19 pandemic, it fell forward to August 22 from July 29 because shutdowns greatly reduced consumption.

The rates of consumption vary around the world. For example, if everyone in the world consumed like an average American, humanity would reach Overshoot Day on March 13, GFN said.

It’s possible to reverse this trend. If the world ate half as much meat, 17 days would be added to the calendar. Reducing food waste could add another 13 days, GFN said.

Question
According to information in the article, what can cause Earth Overshoot Day to come earlier? (Common Core RI.5.3; RI.6.3)
a. cutting meat consumption by half
b. restricting food waste
c. if everyone in the world consumed like an American
d. A and B
For more formative assessments, visit thejuicelearning.com to start a free trial.