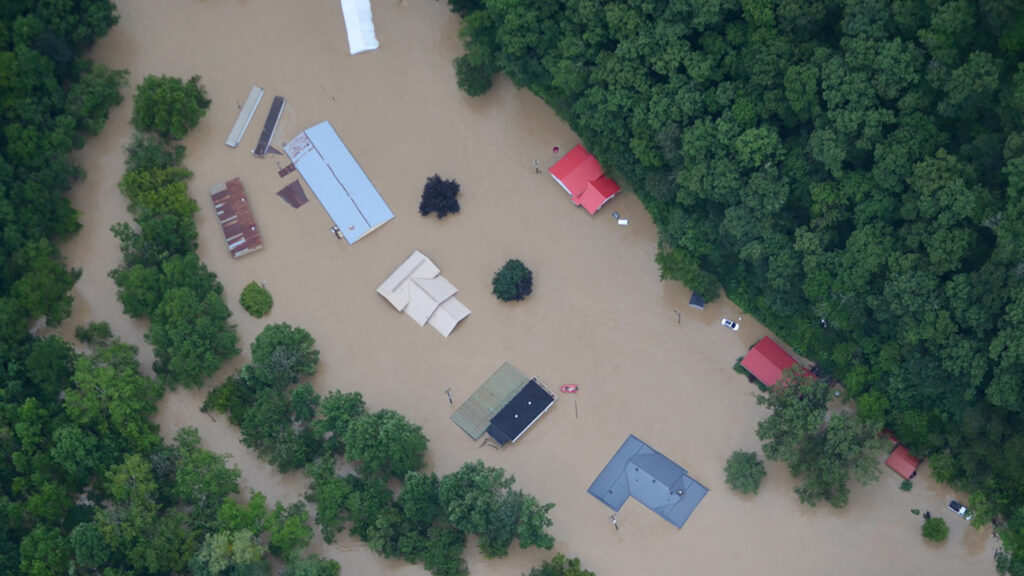 Dozens of people in Kentucky remain unaccounted for. At least 28 are confirmed dead after a series of flash floods swept through the state late last week and over the weekend. To worsen matters, more rainstorms are expected today. Even more flooding is predicted in parts of the state.

Kentucky Governor Andy Beshear told NBC that it likely would take weeks to find all the victims. More than 37 people were unaccounted for on Sunday, according to officials.

The continuing rain has made the search harder, Beshear said. Streets, yards, and rural roads were filled with rushing waters. Others were left caked in heavy mud. Water and mud rushed off hillsides with such force that they bent street signs, the Associated Press (AP) reported.

Many people lost most of their belongings. Their homes are devastated by mud. “I have the clothes on my back,” a retired teacher told the AP. She and her husband, also a retired educator, escaped their home just before flood waters overtook it.

Other tales of survival emerged Sunday. A 17-year-old girl put her dog in a plastic container and swam them 70 yards to safety. “My daughter is safe and whole,” her father wrote on Facebook. “We lost everything today … everything except what matters most.”

Parts of West Virginia and Virginia were also flooded. President Biden declared more than a dozen Kentucky counties a federal disaster area. That will allow them to seek federal relief aid.

Question
Based on how it is used in the context of the story, which word from the text means destroyed or ruined? (Common Core RI.5.4; RI.6.4)
a. unaccounted
b. devastated
c. federal
d. relief
For more formative assessments, visit thejuicelearning.com to start a free trial.