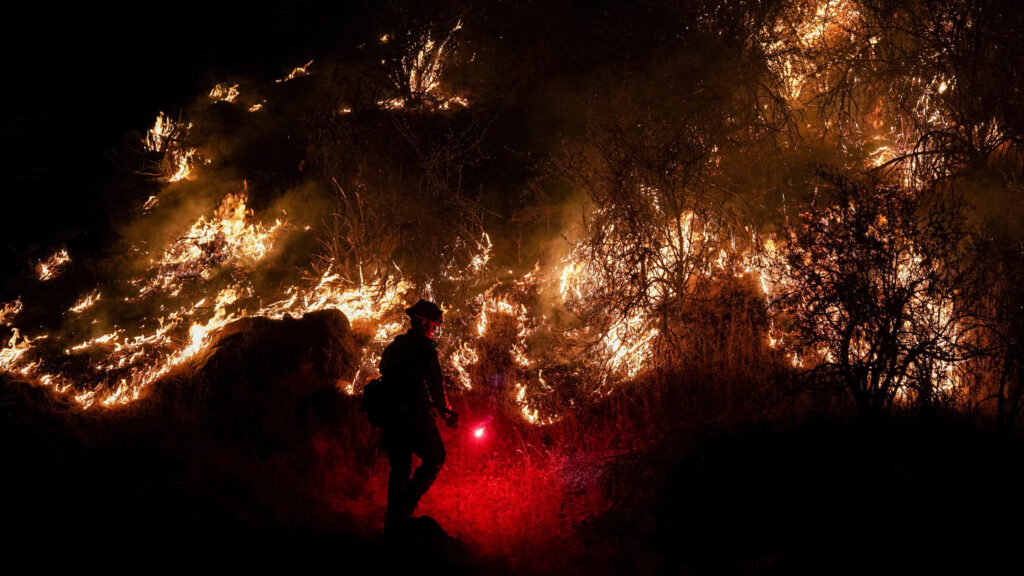 The latest hot spot in a series of heat waves and wildfires affecting the planet started over the weekend. A fire broke out near Yosemite National Park in California. The fire has burned more than 14,000 acres. At least 6,000 people have been ordered to evacuate.

The governor declared a state of emergency for the area. Roughly 2,000 firefighters are working to contain the Oak fire. The fire started Friday. It started in a small town in northern California. As of Sunday, the blaze had burned 22 square miles. It had not been controlled.

"Explosive fire behavior is challenging firefighters," the California Department of Forestry and Fire Protection stated in a report. The fire’s cause is being looked into, officials said.

The Oak fire is one of 93 fires currently reported in 15 states. That's according to the National Interagency Fire Center. To date, fires this year have burnt 5.6 million acres in the US. That's more than twice the acreage burned during the same period in 2021.

At the same time, 90 million Americans were under alert for very high temperatures Sunday, according to the National Weather Service. The Northeast is mostly affected. Boston broke its July 24 temperature record of 98 degrees, set in 1933, by hitting the 100 degree mark. Officials expect it to remain hot through Monday.

Weather experts say these once rare events are becoming the norm.

Question
Which of the following words in the article is another word for fire? (Common Core RI.5.4; RI.6.4)
a. scorched
b. mark
c. blaze
d. rare
For more formative assessments, visit thejuicelearning.com to start a free trial.