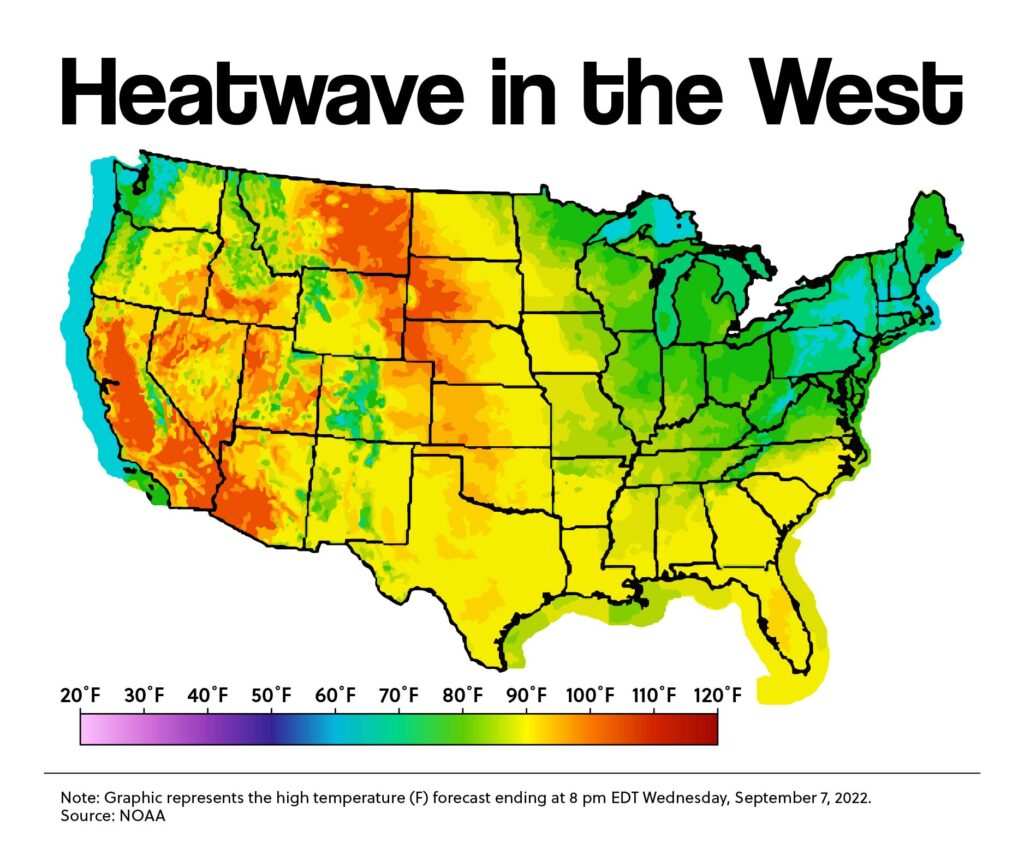 A heat wave is spiking temperatures well into the triple digits in California. The heat is straining the state's power grid. It's raising the chance of electrical blackouts.

Officials on Tuesday predicted record-breaking power demand. They think the state could use more than 51,000 megawatts. That would be the state's highest usage ever. Consumers were urged to avoid cranking the dial on their air conditioners (AC) to deal with the brutal heat.

“Blackouts, rolling, rotating outages are a possibility,” the president of California Independent System Operators (CAISO) told The Associated Press. He warned that “we have now entered the most intense phase of this heat wave.”

CAISO provides power to 80% of the state.

California on Tuesday entered its seventh straight day under a statewide “Flex Alert.” People were urged to set their ACs no lower than 78 degrees. They've been told to turn off lights that aren't in use. People have been asked to not use big appliances between 4-10pm.

CAISO on Monday also took more steps to deal with the heat. It's tapping into backup generators. CAISO is buying power from other states. Officials said the next step could be rotating power cutoffs.

The heat has caused fires to break out across the state. As many as 4,400 firefighters tried to stop 14 major blazes across California over Labor Day weekend. Four people have died from the fires. Tens of thousands of acres have been burnt.

Question
According to the infographic, which part of California is expected to have temperatures above 100 degrees? (Common Core RI.5.7; RI.6.7)
a. southern
b. central
c. northern
d. all of the above
For more formative assessments, visit thejuicelearning.com to start a free trial.
View More Resources